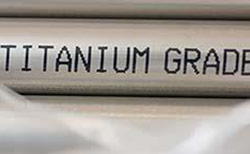 NEOTISS, world leader in titanium welded tubes for Heat Exchangers, will deliver more than 10 000 km of tubes for a large-scale desalination plant over 2016 and 2017.

It is the biggest order ever won by NEOTISS which will be produced in two of its plants: Morristown in the USA and the joint venture Poongsan Valinox in South Korea.
The tubes will be used to make potable water from seawater at the Facility D Independent Water and Power Project (IWPP) in Qatar. When fully completed in 2018, Facility D will produce 130 MIGD (million imperial gallons per day) of water. It is located about 15 km south of Doha.
NEOTISS has a long experience in supplying titanium tubes for desalination applications with almost 30 000 km of tubes produced including tubes for the last biggest desalination projects as Ras Abou Fontas already in Qatar and Ras Al Khair and Yanbu 3 in Saudi Arabia.
With 670 employees and 6 locations worldwide, NEOTISS produces stainless and titanium welded tubing which is used in heat exchangers for the power generation, desalination and chemical/petrochemical industries.